The expansion of wind power and solar plants is being driven forward rapidly. But there is a catch: the sun and wind are subject to natural fluctuations. In order to balance supply and demand, effective storage options are needed.

In the future, power-to-gas technology will be able to remedy this situation. In this process, surplus electricity is used at peak production times to convert water into hydrogen by means of electrolysis. The hydrogen can then either be fed directly into the gas grid or converted into methane via methanization. In this way, the existing natural gas grid can be used as a huge energy storage facility.

This technology is now being applied in “Brunsbüttel”, where the largest power-to-gas plant in Germany to date was commissioned in August 2019. The hydrogen produced (in the first expansion stage up to 400 standard cubic metres per hour) is fed into the gas grid of Schleswig-Holstein Netz AG. Since the volume based calorific value of the hydrogen is about 3 times lower than that of the natural gas, the hydrogen content has to be considered even at very low concentrations. In the case of the Schleswig-Holstein Netz GmbH, this is ensured by gas quality tracking with SmartSim. At the same time as the first hydrogen was injected into the grid, the SmartSim method was also put into operation and customer billing was successfully carried out. Approval has already been granted by the responsible calibration authority beforehand. 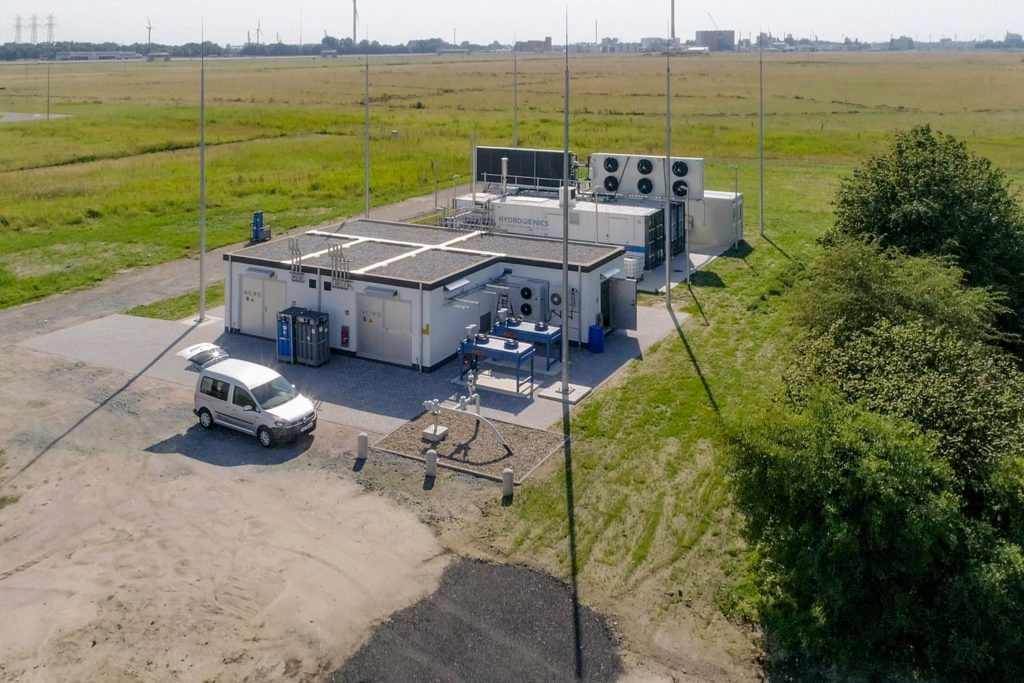 This website uses cookies and similar technologies. By clicking "Accept", you accept this processing and also the transfer of your data to third-party providers. You can find more information, including on data processing by third-party providers, in the settings as well as in our privacy policy. You can reject the use of cookies or adjust the settings at any time via your cookie settings.

This website uses Google Maps to include maps. Please note that your personal data may be collected and recorded in the process. In order to view the map from Google Maps, please agree to it being uploaded from the Google server.

We use Google Analytics on our website to calculate visitor, session and campaign data and to track the use of the website for the analysis report of the website. The cookies store information anonymously and assign a generated number to identify unique visitors.

Marketing cookies are used to follow visitors to websites. The intention is to show ads that are relevant and appealing to the individual user and therefore more valuable to publishers and third party advertisers.